Portraits are tangible proofs of the dynamic personality of Filipinos. As happy, optimistic individuals, we Filipinos never fail to share a smile with everyone we meet. Born with the traits of hospitality, strong work ethics and family ties, honesty, bravery, and faithfulness; we are recognized by people all over the world as we take pride in our culture.

No matter what hardships we may face, equipped with our strong faith in God, we still manage to smile whether or not our portraits are taken. This is because we never back down on any problems and we even treat them as challenges that hone us to be better versions of ourselves.

This is the very reason why no matter where we are in the world, people will always appreciate what we do for them. And this why many Filipino excel internationally in their chosen fields.

Here are the Top 10 Famous Filipinos who do not only look good in their portraits but have also given the honor to the Philippines through their various contributions in their industry.

Who would have thought that this rising Hollywood actress has Filipino roots? She is known for her roles in Pitch Perfect 2, Bumblebee, and in the 2013 adaptation of Romeo and Juliet. She was able to reconnect with her Filipino relatives and loved ones when she came to the Philippines in 2016 for her tour. It’s amazing to know that her grandpa on her mother’s side is half Filipino from Bohol.

If you’ve watched and followed every episode of the musical drama series on TV, then you’ve probably grooved to the beat and sang the songs of the Warblers led by Blaine Anderson. People have always loved the lead actors of Glee, but who could forget that guy from the other group who’s equally handsome and sings very well? With a mother who is a native of Cebu, this half Filipino heartthrob surely won the hearts of many ladies while little boys want to be him as well.

Another popular star who does not only look good in portraits but also has a powerful voice is half Filipina, Vanessa Anne Hudgens. Everyone loved her when she played the role of Gabriella Montez in Disney’s High School Musical movie. After successfully playing her part, she then got other mainstream roles in Beastly, Sucker Punch, Spring Breakers, and Machete Kills. With her roots from her mother’s side in Manila, she looks exquisitely perfect in portraits that show her Filipino Pride.

Let’s switch to another industry where another Filipino has proudly raised our flag, let’s explore the world of music. Being a member of a Grammy award-winning group is no easy task. It took all their efforts and amazing talents to become a good example to the masses. Black Eyed Peas’ Apl.de.ap gave honor and pride to the Philippines for his songs like Bebot, and The APL Song. This Kapampangan surely made his fellow Filipinos proud and appreciative of the music that depicts the constant struggles that we face and overcome.

Another Filipino pride who became so popular in the music industry is none other than Bruno Mars whose songs have not only empowered kids, teens, and adults; but also everyone who loves music. Just the Way You Are and The Lazy Song are among the hits that many people can’t get over with. With a mother who is a native of Cebu, this half Filipino musician made everyone fall in love with his music all over again when he came to Manila for his solo concert.

In another music genre, the popular American rock band called Journey is led by Arnel Pineda who pours his heart out whenever he sings. Making waves in the international scene since 2007, this pure-blooded Filipino continues to perform in both local and international shows with his band.

The most talented girl in the world as Oprah would describe her has been making waves over the internet when she sang in videos posted on YouTube. Perhaps no one will ever forget Charice Pempengco as the international singing sensation who appeared in the Ellen de Generes Show and in the Little Big Shots. She’s the first-ever Asian solo singer who made it to the Top 10 Billboard 200 albums chart! She also had a chance to be part of Glee and from then on, she appeared in magazines and different portraits.

Nothing can ever compare to the roles she played and the honor she gave to the Philippines when she starred in the musicals like Miss Saigon and Les Miserables. With her angelic and timeless voice, Miss Lea Salonga is far from being an ordinary artist and singer as she played the roles of two Disney princesses — Mulan, and Princess Jasmine.

After 42 years of waiting, the unexpected happened. With a controversial turn of events, Pia Wurtzbach has given the honor to the Philippines by becoming the 3rd Filipino Miss Universe. After her glorious winning moment, she has appeared in various portraits and magazines with the label of being a queen who is confidently beautiful with a heart.

And who could forget the most famous Filipino all over the world? Known as the only boxer having the eight-division world championship title, Manny Pacquiao has the power to unite everyone including drivers, barbers, vendors, and others. People all over the Philippines would take their time off no matter what they are doing in order to watch and support Manny Pacquiao in every fight that he is in. After his amazing performances in every boxing match that he faces, he is always featured in portraits that give pride and honor to the Philippines.

Now that you know our line-up of famous Filipino portraits, perhaps you could share yours on who you think should make the list for the best in portrait photography.

These Filipinos in their portraits are the modern heroes of our time. They are the ones bringing the banner of the Philippines, making our country known all over the world.

And if you’re still looking for more famous Filipinos, you can try here and from Ranker.com on their website here. Enjoy! 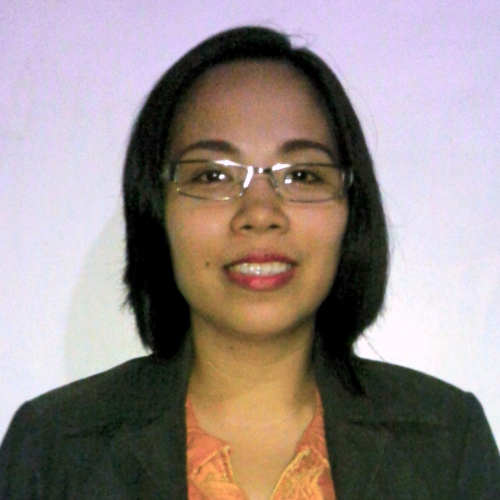